Keurig is one of the biggest and most well-known coffee machine manufacturers in the world. They are known for producing well built single-serve coffee machines. They have quite a bit of products behind their name. Even thought they might seem very similar at first glance, there are actually some differences between them. It is exactly that those differences might be a deal-breaker for your situation, or it might be something that will close down the deal. In today’s article, we will do a head to head comparison between Keurig K55 vs K250.

So if you were interested in some of these models or have been on the look for a brand new single-serve coffee machine then we suggest you stay tuned as we have a closer look at these two models. We’ll have a closer look at their features, specifics, design as well as the pros and cons of each model. Hopefully by the end of this article, you’ll feel way more informed and ready to make your choice. So without further ado, let’s get the Keurig K55 vs K250 battle started!

Overview on the Keurig K55 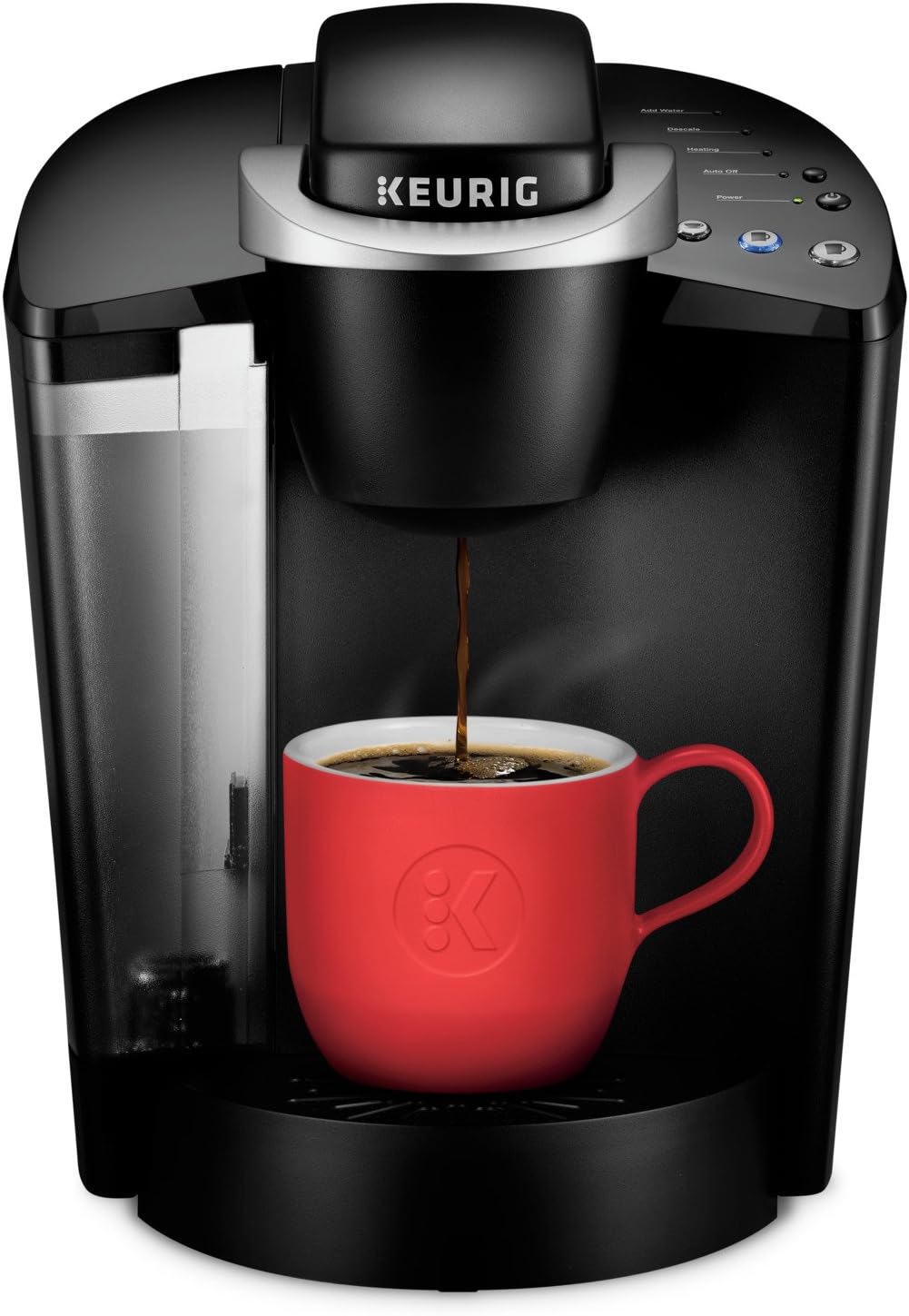 The Keurig K55 is a very simple and elegant machine. It doesn’t feature anything fancy, as a matter of fact, it uses buttons instead of a touch-screen. This gives you a simple brewing experience. It includes a fitted 48-ounce water reservoir, with a capacity of about six cups per refill. This capacity is enough to last for the entire day if there are one or two coffee consumers in the household.

The Keurig K55 includes three brewing options and this does not include K-mug or K-carafe sizes. That being said, this machine is not the ideal solution if you like brewing larger batches of coffee. It is quite fast though, it will have your cup of coffee ready in under a minute. In addition to that, it saves electricity with the help of the Auto Off feature. Furthermore, it takes care of calcium deposits with the help of the descalling option.  Another thing worth mentioning about the Keurig K55 is that it comes at a very affordable price tag. Making it a great deal!

Overview of the Keurig K250 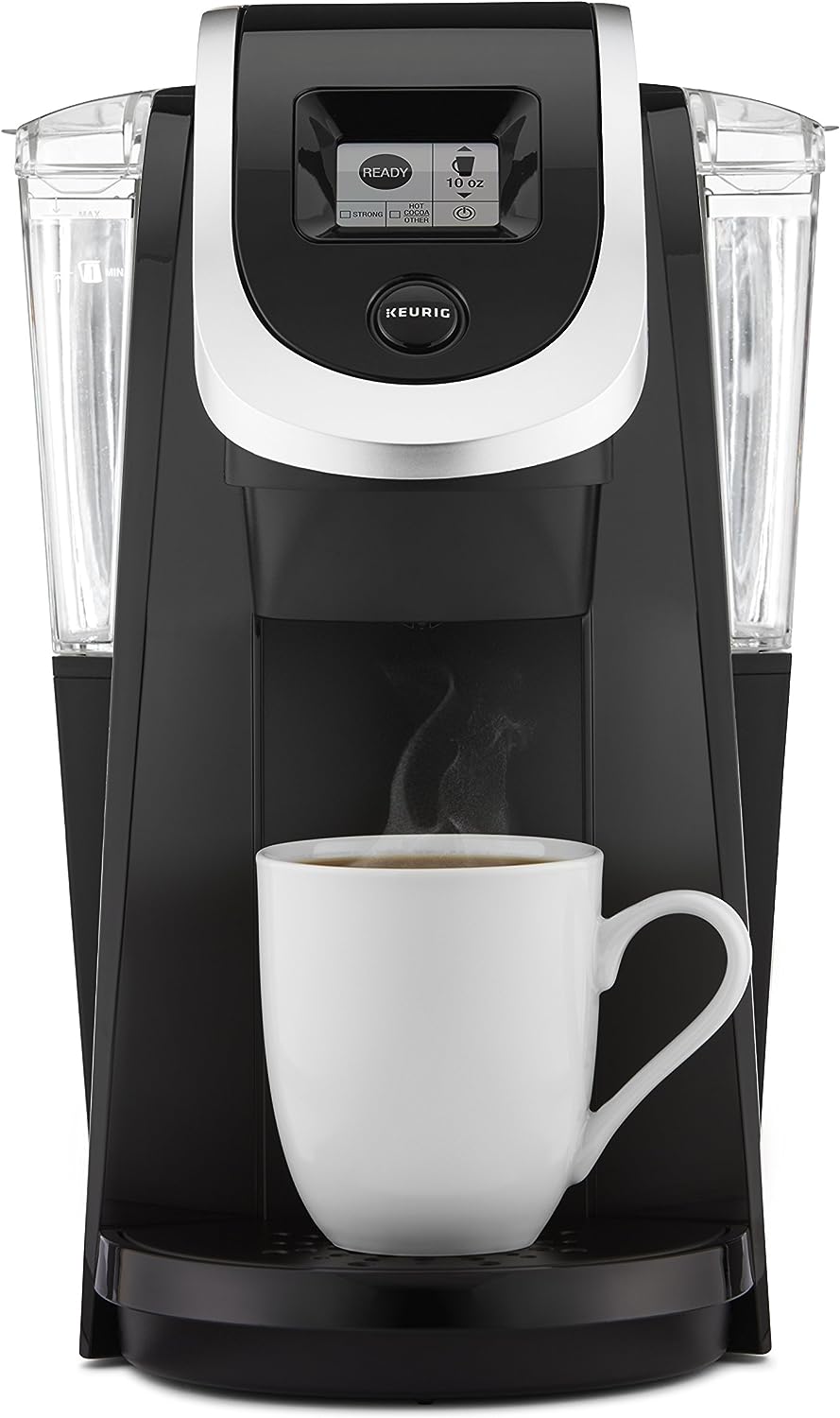 The Keurig K250 is one of the sleekest coffee makers on the market. Although it might seem small, it offers a  great level of control. It features a very cool and user-friendly touch screen that you can use to input your commands and select your desired size. Just by pressing a few buttons the Keurig K250 will be up and running, serving you your cup of coffee.

The size control is great and you’ll have the option to choose between different cup sizes. For instance, the regular cup choices include a 4, 6, 8 or 10 ounce. However, if you have carafe pods, you can then choose between 22, 26 or 30 ounces. It is worth mentioning that the carafe pods are sold separately. Another cool control option is the strength control option. This allows you to make a stronger or a weaker cup of coffee. As far as water tank size goes, the Keurig K250 features a 40-ounce water reservoir. This is approximately 4 cups of coffee but in the highest setting. The fact that the water tank is detachable means that it is easy accessible for refills or cleaning. The Keurig K250 comes in a wide array of colors, some of them include red, black, white, light blue and many more.

Now that we’ve got an introduction to both models it is time to continue with our comparison. In this section here we’ll have a closer look and try to find the similarities and differences between these two models.

The biggest brewing size you’ll be able to brew with the Keurig K55 is 10 ounces. On the other hand, the K250 can use K-carafe pods. This means that it can brew 30 ounces, which is four cups at a single time. That makes the K250 very handy if you’ve got guests over for coffee. However, the K55 does feature a larger water tank, which means that you won’t need to refill as much.

The biggest difference between the two models is that the K250 features a touch screen while the K55 doesn’t. But if you are looking for a simple machine, this won’t make a huge difference. Furthermore, the K250 features a strength control option, which can give you more choices on how strong you want your coffee. Both models feature the Auto off feature, which is very handy and saves a lot of energy.

Versatility and Ease of Use

Both coffee machines are really simple and easy to use. The controls are clear and you’ll have your coffee served in less than a minute. Both are also easy to clean and maintain. This is thanks to the fact that both the water tank and the drip tray are removable. In addition to that, both have the descaling option, which can further ease the maintenance.

There you have it folks, we’ve made it to the end of our Keurig K55 vs K250 comparison. We hope that you’ve enjoyed it and that you feel more informed about both models. That after reading this article you now have a clear idea of their similarities and differences. Just remember that the end choice comes down to what your specific needs are. In this case, the main difference between the two models is the price, the touch screen, and the versatility. Each of these models has it’s pros and cons, and it is up to you to know which things are key factors for you. That way you won’t go wrong with your choice.